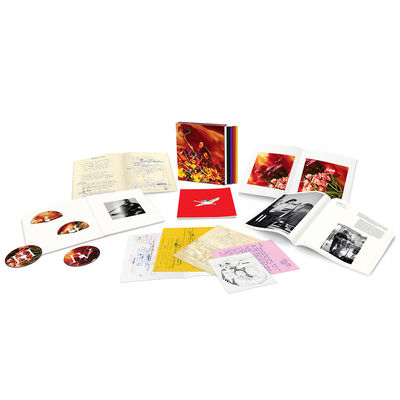 One of the most critically acclaimed albums of the eighties, nominated for both BRIT and Grammy Awards, Flowers In The Dirt saw Paul McCartney team up with Elvis Costello to co-write a third of the album ('My Brave Face', 'You Want Her Too', 'Don't Be Careless Love' and 'That Day is Done') as well as boasting production credits from producers such as Mitchell Froom, Trevor Horn, David Foster, Steve Lipson, Elvis Costello and Paul McCartney himself. Pink Floyd guitar legend David Gilmour makes an appearance on 'We Got Married' and George Martin's string arrangement on 'Put It There' is amongst the many album highlights.

Plus downloadable high-resolution audio (Disc 1, 2, and 3)