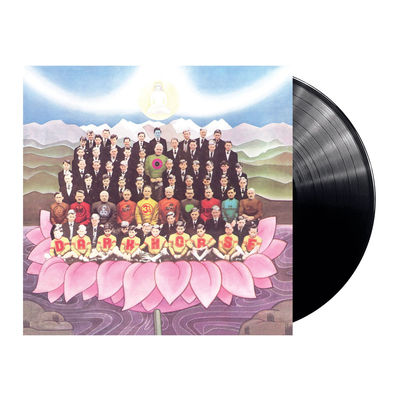 Released in December 1974, Dark Horse capped a prolific year for George, during which he had established his own Dark Horse record label, built a recording studio in his Friar Park home in England, and completed an ambitious tour of North America. Throughout the year, Harrison produced albums for several artists while also recording his own. The songs on the LP document both George’s fallibility, in “Simply Shady,” and his spirituality, in “It Is ‘He’ (Jai Sri Krishna).” Dark Horse reached the top five in America, sounding a high note at the end of Harrison’s rather frenetic year.