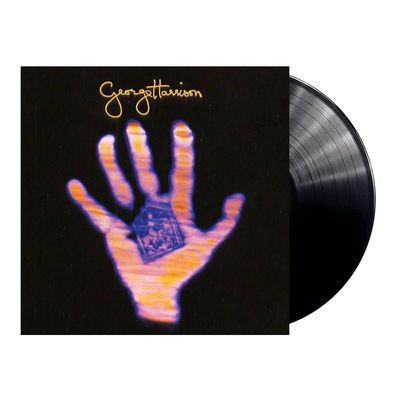 Living In The Material World

In May 1973 came the release of George’s second studio album of new songs, Living In The Material World. He was joined in the studio by several musician friends who had also played on All Things Must Pass and others like Jim Keltner, with whom he had worked during The Concert for Bangladesh concerts in 1971. The album and its lead single, “Give Me Love (Give Me Peace On Earth)” both reached number one in America and on charts around the world. The spiritual nature of Living In The Material World, described by Rolling Stone as “miraculous in its radiance,” is also reflected in the inclusion of an illustration from the Bhagavad-Gita in the artwork. The new release adds a remix of the single version of “Bangla Desh,” which has previously been available only on The Best Of George Harrison (1976), as well as two B-sides included on the album’s 2006 reissue, “Deep Blue” and “Miss O’Dell.”